[VIDEO] 5 Secrets Guaranteed to Prepare Your Chapter for Campaign Success

5 Secrets Guaranteed to Prepare Your Chapter for Campaign Success 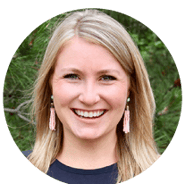 Jill Leach is a Senior Vice President at Pennington & Company. In her 6 years at the firm she’s completed 11 capital campaigns and worked directly with 15 local Greek organizations and 1 international sorority. Previously, Jill worked in the Office of Greek Life at the University of Missouri while receiving her M.Ed. in Educational Leadership and Policy Analysis. She has also serves on the Local Facility Advisory Committee for the Eta Iota Chapter of Gamma Phi Beta.