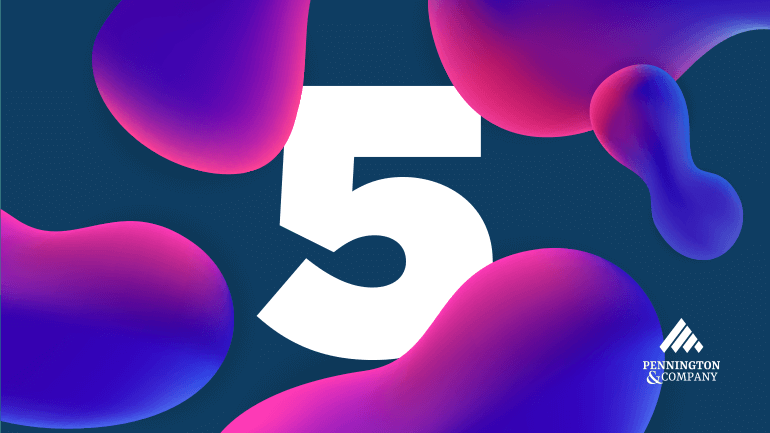 If there’s one fundamental truth about fraternity finances it’s this:

There’s no such thing as “enough money.”

Organizations built for continuous growth have a continuous need for resources--capital--to expand the activities and infrastructure of their chapters.

Want to donate big to a philanthropic cause?

Want to create a scholarship for your undergraduate brothers?

You get the idea.

And when your chapter needs resources this large, throwing a few bake sales, banquets, and blood drives won’t cut it. Rather, to raise the kind of money that really matters for the large and long-term projects you want to bring forth, you’re going to need a plan that’s bigger.

Here are the absolute essentials you need to know to fundraise large amounts successfully.

Although we touched on this above, it’s important to remember: there’s a lot of money involved in fraternity capital campaigns.

Unlike smaller fundraising initiatives, what brings these initiatives to the level of a “capital campaign” are their size and singular focus.

For starters, the amounts involved in a capital campaign can reach into millions of dollars.

Secondly, they have a specific focus; a single goal. For example, common fraternity capital campaign goals may include:

As you can imagine, garnering large sums of money for a singular cause purely through the solicitation of charitable donations isn’t an easy task—and the more money you ask for, the harder it will be to reach your goals.

When determining your fundraising goal for your fraternity capital campaign—whether it’s your first or your last—always be realistic in terms of what you need and your plan to get it.

Do you have a strong network of alumni members, a supportive community behind you, or a black book of blue-chip contacts you can depend on for big donations?

If not, you need to get them before you move out of the planning phase.

4. They require a lot of time to plan.

Any initiative at this scale will take a long time to plan—not execute, plan.

Aside from a shifting cloud of logistical minutiae, there are a lot of moving parts to consider when planning a fraternity capital campaign.

Here’s an example of how detailed these campaigns can get:

Let’s say that your fraternity’s goal is to purchase a plot of land for the construction of a new fraternity house for your undergraduate chapter.

And you haven’t even begun the process of fundraising.

What comes next is a step-by-step plan on how to raise that money, but you’ll need a high level of initial detail because providing transparency into where your donor’s money goes will be essential to whether or not they give it to you.

Getting away from the tactical steps, you also want to know why you’re planning to raise the money in the first place. In short, what is the “why” behind your goal? What it is meant to accomplish?

Once these answers have been determined and internalized, you’ll be a much better communicator of your vision to those you’re asking for donations.

The best way to plan to achieve a financial goal is to work backwards.

So, in the example above, the house costs $1.5m and you’re giving your chapter a year to raise it.

To figure out how much you need to raise per day, just divide the amount you want to raise by the time you have to raise it.

That means that every day, your association needs to be averaging $4,1010 dollars in donations raised to hit your goal on schedule.

Maybe your association can:

Whichever route you choose to get there, by combining clear motivation with a solid plan, you can achieve your goal gradually by breaking it down into accessible chunks.

3. Most of your donations will be collected privately.

After you’ve created the plan to achieve your fundraising goal, there’s a crucial next phase in your journey:

As its name suggests, the quiet phase is the phase in which you’ll raise 50 to 70 percent of your funds. At this time in your capital campaign, you won’t have made your efforts public yet, and will be quietly raising funds outside of the public space.

Due to the large portion of your goal that you’re attempting to raise without mass marketing, this phase is without question the hardest.

Because you’re starting from scratch.

In opposition to the goodwill donations that can be expected from public sources when you’re beyond your 50-to-70 percent threshold, when you’re in this initial phase, it can be challenging to convince large donors to put their first dollars into an empty bucket.

Early on, you won’t have much leverage to attract larger donations, so if you want to be successful in your early fundraising, then you’ll need to have authoritative and inspiring marketing material to give early donors the confidence to pull out their wallets.

Ultimately, you want to show a concrete plan for what you plan to do with the money and how it will help you achieve your goal. You need to be so thoroughly convincing that your donors know their money will be in good hands and that you will achieve your goal.

2. You need an all-out marketing campaign for the final push.

After you’ve raised the prerequisite 50 to 70 percent during the quiet phase, the next phase will be the public phase.

This is when you take your capital campaign public and begin mass marketing.

At this stage you’ll need to do a few things:

This may sound obvious, but you might be surprised how many capital campaigns miss this step. By website, we don’t mean sending your donors to your homepage, we mean having a dedicated landing page—or a separate website—that houses all your relevant goal information.

This means having a donation function on the page, a goal tracker to measure your progress, and any reports, information, or marketing material that would entice your donors to click your donate button.

What will help you raise donations more than anything else is two-fold:

Your donors don’t want to hand their credit cards over to a member that can’t convincingly communicate the purpose of the fundraising goal—and this includes connecting this purpose to the donors themselves. When requesting donations, you also want to make sure you’ve got thorough and accurate information and are delivering those facts in a compelling way. This means printing out physical brochures, white papers, and flyers that speak to the heart of your purpose and connect with your intended donors, quickly.

For example, if your association wants to build a hospital in southeast Asia, it will help to have a mock-up of what the hospital will look like. How much will it cost? How many people will it help? What is the current problem in the area that your hospital portends to solve?

Providing this kind of information tells a story, and a good story can be enough of a reason to give.

Donors are people, and people need to be social from time to time. So, give them a reason to get out of the house and do something positive.

By putting on philanthropic events.

These events are going to be banquets, galas, dinners, and anything else that you can make exclusive to a designed group of people. You’ll want to create a controlled environment in which people can have a good time, connect with your members, and ultimately hear your case when it's time to take the podium to make a plea for donations.

Here are a few other tools to promote public giving:

Use this to broadcast your events and remind followers to donate.

These will make donations easier, lowering the barrier to entry for those who’d like to give.

Social proof can be a powerful thing. By giving your prospective donors the ability to contribute directly to your donation page AND see others who’ve done the same, you’ll be subtly encouraging more and larger donations without realizing it.

1. You’re going to need help—and lots of it.

If this sounds like a lot of work so far, that’s because it is.

You’re going to need massive amounts of help—teams, really—in order to handle the logistics, preparation, and execution of a successful capital campaign.

The greatest sports teams in the world still need a coach to and provide direction.

Assuming you have a fantastic body of brothers willing to step in and help where needed, the challenge of running a successful fundraising campaign isn’t in a lack of effort; it’s a lack of experience.

If you’ve never run a successful fundraising campaign at this scale before, you’ll need to partner with someone who has.

By partnering with a company experienced in bridging the gap between your brothers, you’ll be setting your association up for a greater chance at success, and achieving your fundraising goals.

For free resources, helpful guidance, and other materials to help you with your fundraising
Call 1.785.843.1661 or contact us directly here.