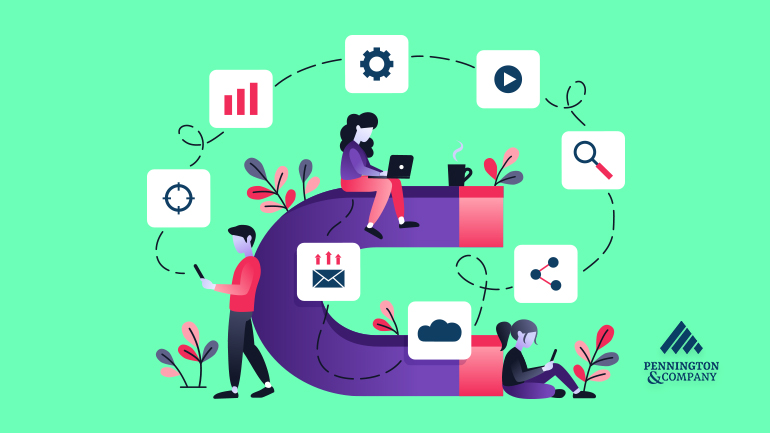 What is it about sorority engagement that makes getting some alumnae on board seem impossible?

You had a much easier time when you lived in the sorority house together. You saw each other every day, connected on chapter goals, and bonded over your deepest fears, regrets, ambitions and joys.

Engagement when you live in a chapter house isn’t a choice, it’s your life.

Then, you and your sisters graduated. That’s when it got tougher.

While some of you stayed nearby your campus or joined alumnae organizations, many took jobs and started families across the country—or even abroad.

You Skype with your Big Sister Emily from her new home in Australia every few months or so, but is does that count as engagement?

We can answer that one for you. It’s important to stay in touch, but no. One-on-one alumnae relationships aren’t enough on their own to push engagement.

Engagement is about using those legacy relationships between alumnae and the undergrad sisters, as well as with each other as colleagues, to build success for your chapter and sorority.

You do this through volunteering, donating to chapter fundraising efforts and just being there when sisters need some guidance.

So, what’s that magic ingredient to get your fellow alumnae more involved? How do you convince Emily to take a break from fist fighting kangaroos* to reconnect with the chapter?

If you’re trying to convince your peers to engage more on your own, it can be hard going.

Instead, come together with other active alumnae and form sorority engagement strategies.

Bring Emily back into the fold with these 4 Sorority Engagement Strategies Alumnae Can Adopt Today.

The more engaged you are with your chapter, the better you understand what motivates you to give your time and/or money.

That will help you strategize with other alumnae about how to build that engagement among the base.

Take on a volunteer role with an alumnae organization like the housing corporation or advisory board. Seek out the chapter alumnae engagement officer and find ways to help manage chapter-alumnae relationships across both sides of the aisle.

If you don’t have time for heavy volunteer duties, distance permitting, visit the chapter house attend the occasional event. Reconnect with your roots and figure out what it was that excited you in the first place about sorority life.

Then try to find ways to help other alumnae do the same.

3. Earn Engagement: Offer Alumnae a Reason to Give

While it may seem straightforward that alumnae engagement relies on their being motivated through mutual respect and effort, it’s not always easy.

If it were, you wouldn’t always hear those doom and gloom stories about dropping engagement numbers.

Each alumna has her own needs and motivators.

However, alumnae all share common goals and sentiments toward the chapter that brought them together in the first place.

Focus on shared motivations as well as individual needs. But don’t treat alumnae as if their engagement is a given, especially those not active in alumnae groups or living nearby.

And don’t make it difficult on them to engage.

If you put the onus totally on an alumna to get in touch with her chapter, it’s going to seem too overwhelming a barrier for many.

The best strategy is to earn engagement by setting up alumnae programs that engage them first.

Build consistent communication and trust with all alumnae, feature them in alumnae publications and invite them out to alumnae events, or make plans to meet at events hosted by the chapter, university or national sorority.

At a minimum, hold the occasional alumnae reunion.

Even if they can’t make the trip, they’ll remember the invitation when you next ask for a donation.

2. Offer Volunteer Opportunities That Are Doable

The chapter has certain needs that alumnae volunteers must fulfill, but who should volunteer for what?

Undergrad sisters don’t have the resources or inside knowledge to understand who to approach for certain tasks. From their perspective, they’re doing their part by reaching out, and they expect alumnae to have a structure in place to get the most out of engagement.

To complicate matters, alumnae have engagement opportunities at both the national and local chapter levels.

Having a strategy that helps alumnae volunteer based on their abilities—and availabilities—will boost engagement.

Hold engagement strategy meetings to map out the roles that are being filled and which roles need stronger participation.

If the load is too heavy for any individual alumna, consider breaking a position down into smaller, less time-consuming tasks.

If all else fails, get in touch with national sorority.

Nationals often can point you to multiple volunteer opportunities, including with advisory boards, housing corporations or facility corporation boards, chapter or national leadership, regional or international teams and more.

While some are focused less on the chapter level, national leaders may still offer ideas and resources that can help with chapter engagement.

Plus, if an alumna spends a bit of time volunteering on a short-term special project, it may get her hooked on engagement and more likely to participate with chapter projects and initiatives.

Whatever avenue alumnae use to get involved, it’s a good jumping off point to build quality engagement.

1. Make Fundraising Easy and Do It Often

Fundraising should theoretically be an easier way to get alumnae engaged than volunteer positions.

After all, it only takes a minute or two to type in your credit card information and send a donor gift. Yet engaging alumnae donors can be surprisingly complex and difficult.

When your colleagues feel disconnected from the chapter and its goals, they’re unlikely to whip out their wallet when solicited for donations once or twice a year.

That means instead of ignoring your fellow alumnae until a major capital campaign crops up, build annual campaign goals. Focus on garnering long-term commitments by alumnae donors, with monthly gifts of recurring amounts, rather than asking for a huge chunk of money all at once.

Give every opportunity to make being a donor easy, and motivate donors with tangible chapter goals their gifts will help accomplish.

And as always, be an example. Give to the chapter yourself, if it’s feasible for you, regardless of the amount.

What sorority engagement strategies have worked for your alumnae? Which strategies are you likely to adapt in the future? Lay out your engagement battle plan in the comments below.