Alumnae Engagement: Why You Shouldn’t Simply Finance Your Sorority Project 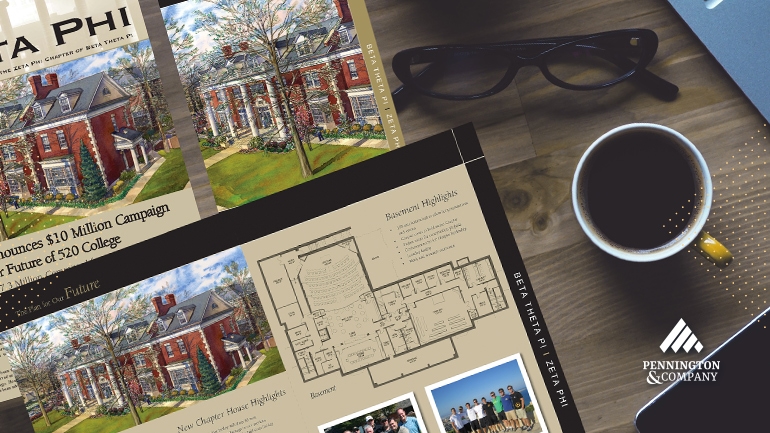 Consistent engagement builds meaningful relationships and bolsters interest in alumnae’s undergraduate chapters and national sororities. These relationships can also spell success when it comes to fundraising capital for a major sorority project such as a chapter house build or renovation.

However, most alumnae groups who fundraise must also finance a portion of their sorority projects.

Projects can reach costs well above $10 million, whereas an average sorority capital campaign brings in just under $1 million.

Due to the additional effort and cost of fundraising, alumnae board members may ask, “Why not simply finance the entire project?”

Looking to past successful campaigns can offer insight into how campaign projects can build crucial connections with their alumnae.

“Although the main goal was to raise money for the renovation and addition, I have witnessed a far greater outcome, and that is the reconnecting of sisters after many years of no contact with each other or to Alpha Chi Omega,” said Julie Burkhard, Alpha Chi Omega University of Georgia Campaign Chairman.

She added, “Through newsletters, letters, emails, texts, Facebook and Instagram posts, and special handwritten note cards, I've seen thousands of Alpha Chis find each other again and share wonderful memories of their time in the Chapter at Georgia.”

In addition to the increase in alumnae engagement with chapter goals and causes, there are many compelling reasons to fundraise and avoid financing a heavy portion of a project.

While some project financing may be unavoidable, fundraising reduces the long-term debt undergraduate members will be burdened with paying in the form of housing or parlor fees.

Parents and students want live-in cost savings to reflect or out-perform campus housing trends as much as possible.

If a house project is strictly financed, those additional costs are then passed on to undergraduates. This may make filling beds in the house more difficult and membership less attractive, which is a major issue when that money would go directly to reducing debt.

The more a project relies on financing, the more variables like undergraduate membership changes or fluctuations in interest rates impact chapter housing costs.

The more alumnae groups fundraise, the more competitive their housing fees become when compared to  other organizations on campus—especially those with more housing-related debt.

Charlotte Taylor, Alpha Delta Pi University of Arkansas House Corporation President, spoke to the impact fundraising has had on their facilities and members.

“It was important that we keep undergraduate fees at a reasonable and competitive rate so that every woman can live in the house during her college career,” Taylor said.  “The House Corporation has been able to save money over the years and with private gifts from Delta Delta alumnae we can achieve all our goals without being a burden to future sisters.”

If a house project proves successful, in that it attracts new members, and more members who choose to live in the house, this will help prove viability for any future campaign efforts.

House corporations can use detailed financial pro formas showcasing what housing and parlor fees would be with and without fundraising.

Fundraising also shows donors that board members are averse to unnecessary debt and have fostered a culture of responsible financial practices.

Why Brick-and-Mortar Fundraising Is More Appealing than Debt Reduction

Financing a project up front means that if an alumnae group wants to fundraise to pay some off some of that debt later, fundraising may be considerably more difficult.

This can adversely affect future fundraising efforts. A potential donor’s mindset might be: If my chapter could afford to finance this project, why do they need my gift now? And why don’t they simply finance all future projects?

"It was important that we keep undergraduate fees at a reasonable and competitive rate so that every woman can live in the house during her college career."

Fundraising at the outset of a chapter project appeals to donors because:

The Sorority House as a Shared Space

By having a say and becoming involved before a single new brick is laid, donors can renew their connection to that place they once called home.

They can also see practical markers of potential chapter progress within those spaces, such as:

Major fundraising campaign efforts force board members to reassess how they engage with their alumnae.

Whereas financing cuts alumnae out of the equation, fundraising requires a strong year-round relationship between boards and alumnae.

Members will need to assess engagement and communication strategies such as:

Not only do alumnae receive a heightened level of communication during a campaign effort; campaign managers will receive vital communication from alumnae as well. Alumnae may have input about project details that would make them more enthusiastic.

Financing an entire project eliminates alumnae input so that their voices go unheard. Their feedback, whether positive or negative, is never factored into the project plan or outcome.

Finally, fundraising lets campaign managers engage alumnae through volunteer opportunities. Volunteering connects alumnae with organizational goals and can encourage them to give.

Pennington offers professional solutions for Greek letter chapters for communications and fundraising. Learn more about our services or call direct at 785-843-1661.

Leave your questions or comments about sorority capital campaigns below.